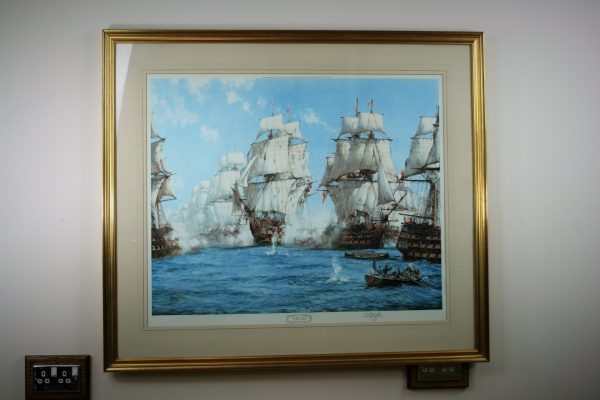 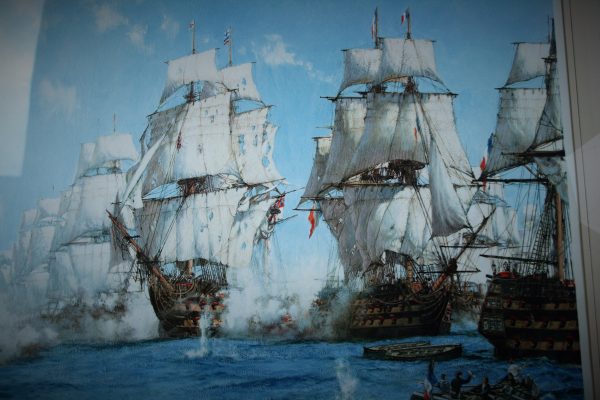 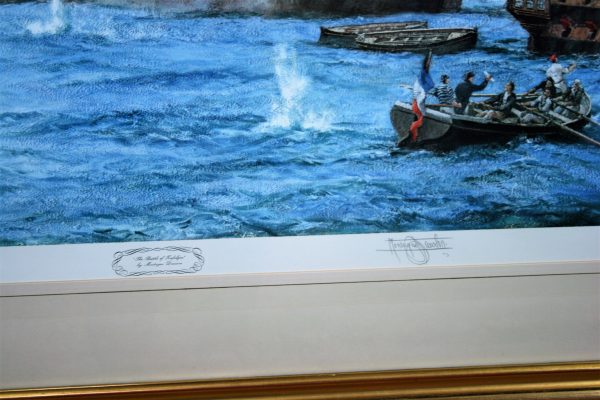 Battle of Trafalgar a signed print by Montague Dawson

See below for the provenance

The famous Battle of Trafalgar was fought on 21st October 1805 off the Cape of Trafalgar on the southern coast of Spain. Between the British Navy led by Lord Nelson and the fleets of France and Spain led by Napoleon Bonaparte.

The 33 ships of the French and Spanish were massively defeated by the British navy of 27 ships. They lost 22 ships to Britain’s none. Our loss was Lord Nelson, while on his ship HMS Victory he was shot in the shoulder the bullet passing through his lung and logging in his spine. He was taken down below where he later died.

Despite the loss of Lord Nelson the French were unable to invade Britain. British soldiers were able to continue the fight on the European Continent together with the armies of other countries against the armies of Napoleon. At the battle of Waterloo in 1815 Napoleon was finally defeated. Following this battle Britain was able to build up a large empire with the world’s largest navy for over a hundred years.

Battle of Trafalgar a signed print by Montague Dawson is a tribute by this artist to the success and courage of those soldiers and sailors.